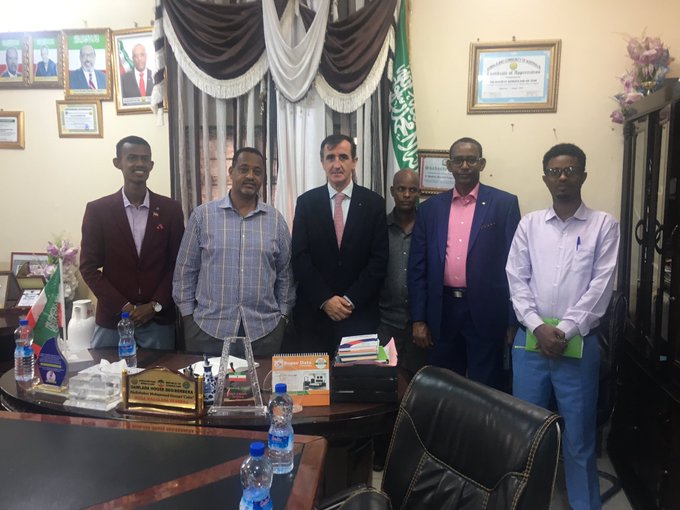 His Excellency Mr. Nicolas Berlanga, the EU Special Representative to Somalia has arrived in Somaliland on official visit.

The mission behind the visit embarked by Mr. Berlanga was to hand over the 7.5 mln Euro earmarked for the implementation of development projects in the district of Berbera.

The Somali Federal Gov’t said in August this year that it signed an accord with the European Union 22.5 mln euro whereby 7.5 mln of it is allocated for the development projects in Berbera, Somaliland.

The SFG said that it dubbed the project as Yarisow in honor of the late Mugadishu mayor, Mr. Abdirahman Yarisow, who was killed in attack in the mayor’s office.

The Somaliland gov’t which issued a statement protested against the agreement signed between SFG and the EU which included the project implement in Berbera.

The SL government insisted on that the Yarisow project has nothing to do with Somaliland and won’t be carried out as far as the project is concerned.

The mayor of Berbera, Mr. Idin, himself stated that he would accept the aid from EU despite being channeled via the SFG.

There is a confusion in Somaliland where the gov’t officials accept aid that has been sent via the SFG.