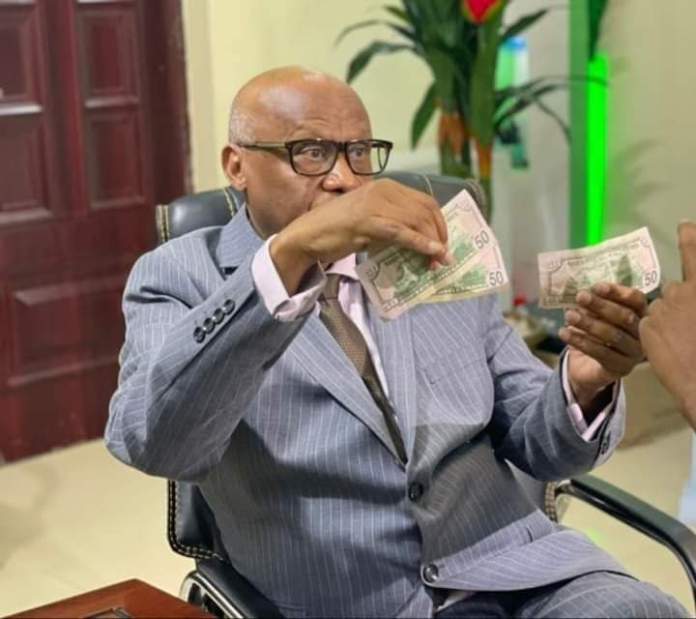 Somaliland’s Central Bank is on alert after it found fake currency notes in circulation.

SL’s Central Bank governor, Ali Jama Baqdadi, has said that all measures have been put in place to detect use of fake notes after it got information that fake notes were being pumped in from Mogadishu and later smuggled into Ethiopia and finally sneaked into Wajale, the border town linking Somaliland to Ethiopia.

Ali Baqdadi in a press statement expressed that the development is very dubious to the economy of the country other than that the fake notes have been confirmed to be obstructing the flow of transactions in the country.

Jama alleged that the black notes in circulation were criminalist smuggled into the system and most as a matter of urgency be flushed out of the circulation.

He reiterated that Somaliland’s Central Bank is leaving no stone unturned to ensure the detective systems put in place, tracking fake currency and the perpetrators will be flushed out be every possible means and to block unwanted linkages and unwanted elements into the system before the call or monetary related organizations and agencies such money exchangers to be on high alert at all the time in order to curb the ugly development.

On Wednesday, the circulation of fifty dollar notes became a story du jour among money exchangers and business owners.