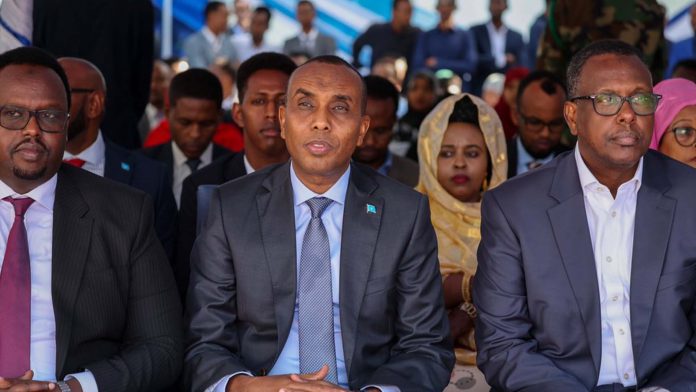 Somali Prime Minister Hamza Abdi Barre formed a 26-member cabinet on Tuesday, appointing former Al-Shabaab spokesman Mukhtar Robow, who had been under house arrest since 2018, as the Minister of Religious Affairs.

The majority of the new ministers are from the President and Premier’s political party, but there are other appointees picked following consultation with some of the Horn of Africa country’s powerful political stakeholders.

Elmi Mohamed Nur has become the Minister of Finance while Abshir Omar Huruse has been picked to head the Ministry of Foreign Affairs.

In a rare move, the Premier appointed former Al-Shabaab spokesman Mukhtar Robow as the Minister of Religious Affairs. He was arrested in Baidoa in 2018 by Ethiopian troops and has since been under house arrest in Mogadishu.

Somali President Hassan Sheikh Mohamud earlier said that he would launch ideological, economic and militaristic offensive to “eliminate” Al-Shabaab. It is not clear if Robow’s appointment will make a difference but defectors from the group and anti-Al-Shabaab religious scholars have earlier failed abysmally to stem the tide of the group’s ever-growing influence and attacks against the government.

The decision is feared to irk the President of Somalia’s Southwest state Abdiasis Laftagaren, who has been lobbying against the appointment of Mukhtar Robow. It could also antagonize the Ethiopian government whose troops carried out his arrest in 2018, adding tinder to the already frosty relations between Hassan Sheikh Mohamud and Abiy Ahmed’s administrations.