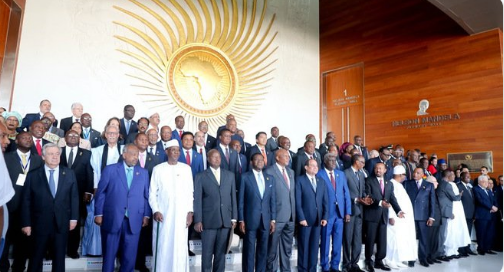 The Somalia Non-Governmental Organisation (NGO) Consortium, comprising international civil society organisations and government officials met during a high-level event at the AU heads of state summit to voice calls for the debt cancellation for Somalia. They say this would enable the Horn of Africa nation to rebuild its war-torn infrastructure and work on resettling millions of people uprooted by conflict.

“Somalia requires cooperation because the debt cancelation would help us to ignite our national development plan,” Gamal Hassan, Somalia’s Minister of Planning, Investment and Economy, said.

The African Union Commission announced it would support plans by the Somali authorities to seek an international debt cancellation which would allow the country to receive international assistance.

According to Somali foreign minister Ahmed Isse Awad, the debt cancelation for Somalia would act as a means to one of the durable solutions being sought by the African leaders to end the cycle of forced displacements.

“We will need to mobilise political actors to give debt cancellation to Somalia. We welcome the selection of this year’s theme on the search for durable solutions to the issue of forced displacements. We believe the resolution of our debt issue could allow more resources to be channeled to the displaced,” Awad said.

To qualify for the debt cancellation, Somalia needs to convince the IMF, which would possibly convene its board of directors to review the country’s progress.

Should the IMF board give approval for the debt cancellation, Somalia would be required to hold bilateral talks with private donors on the terms of debt forgiveness.