The army chief of KDF paid the secret visit to Somalia’s port city of Kismayo, the seat of administration of Jubaland, a regional authority in Somalia.

The KDF army chief toured and inspected military bases manned by Kenyan Defense Forces stationed in the outskirts of Kismayo.

According to a statement issued by Kenyan defense authority said that the visit was meant to boost the morale of KDF soldiers serving under the mission of AMISOM in Somalia.

The news did not disclose the exact time that the army commander paid the secret visit to Kismayo.

The visit coincided at a time Jubaland is gearing up to hold its presidential polls.

Kenya is having close ties with Jubaland leader, Ahmed Madobe who is facing a mounting pressure from Somalia’s frail gov installed in Mogadishu. 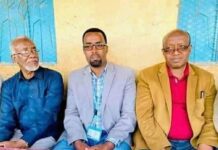 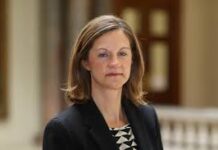