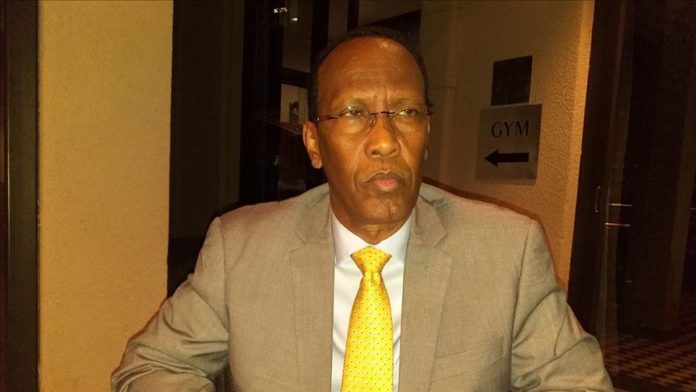 JOHANNESBURG–Somalia is grateful to the Turkish government for its contributions over the years in infrastructure development and humanitarian aid, said former Prime Minister Ali Mohamed Gedi.

“Turkey is a very friendly and brotherly country. Somalia is grateful for its assistance, and we believe the support will continue,” Gedi, who served as prime minister during the transitional period between 2004-2007, told Anadolu Agency in an interview.

Gedi, who is currently touring South Africa ahead of the launch of his new political party in Somalia in July, also thanked Turkey for helping to train Somali soldiers and government officials.

He said although Somalia has many friends across the world, it was Turkey that pioneered the support for Somalia during the 2011 famine.

When Erdogan arrived in Somalia during the famine, he went straight to internally displaced people’s camps instead of rushing to the presidential palace, a move which inspired Somalis’ feelings of love and solidarity towards the Turkish people.

Turkey recently launched its largest overseas military training academy in Somalia which has helped train the Somali army, which is expected to take over from the African Union peacekeeping force in the near future so as to secure their country.

Somalia descended into civil war in 1991 following the overthrow of late President Mohamed Siad Barre and has since remained in the grip of periodic violence.