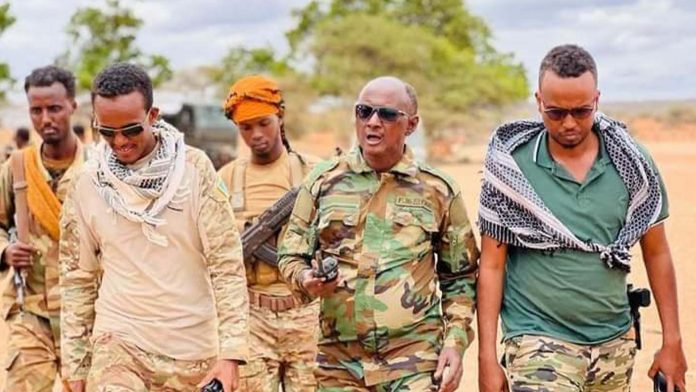 The governor of the central Somali region of Hiran Ali Jayte on Saturday ordered allied government troops and clan militias to kill the wives and mothers of insurgents following weeks of deadly battles.

“I want you to kill the wives and mothers of Al-Shabaab [fighters]. You are required to kill your kinsmen whom you know they are with Al-Shabaab,” the governor Ali Jayte Osman told a gathering of troops near the town of Buloburde.

In previous controversial comments during the onset of offensive operations by the allied forces in the region, the governor suggested that all media stations should take sides with security forces and those who try to remain unbiased will have their offices closed.

Deputy Mayor of Mogadishu Ali Yare, in a Facebook post, said he shares a similar view with Hiran governor about the killing of mothers and wives of Al-Shabaab gunmen.

He called for “ignoring human rights and lies told to win support from the infidels”, referring to Western governments that support Somali authorities.