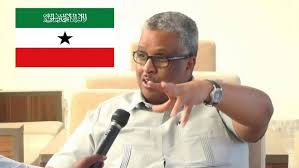 SL emissary to Djibouti, Mr. Abdifatah Said Ahmed attended the independence anniversary celebration of Kuwait which was held Djibouti and organized by Kuwait’s ambassador to Djibouti. The SL envoy met with many foreign envoys based in Djibouti including Russia, China, French and Yemen. Mr. Abditafah has congratulated on Kuwait ambassador for the anniversary of his country’s independence day celebrations.