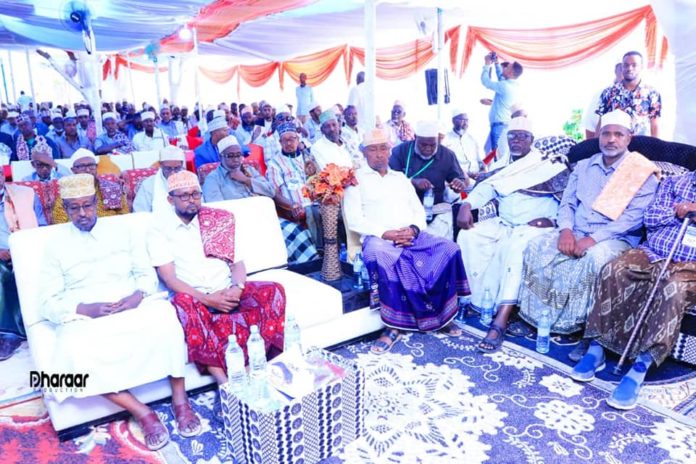 The grand reconciliation and cooperation conference of two Somaliland clans concluded on Wednesday, in Burao, the administrative capital of Togdher Region.

The three-day Conference which was named Samatalis brought together the clans of “HabarJeclo” and “Garhajis” in Burao.  It is hosted by the former and aims to achieve full reconciliation between the two clans.

The conference, which has been a traditional one in which the two communities have discussed reconciliation, cooperation and development of their districts

The conference has issued a 15-points communiqué, emphasizing the peace and unity of Somaliland people.

The communiqué has called on the Somaliland government to implement the agreement between the government and Khaatumo Group which was signed by the former Kulmiye Party Administration.

The conference also called on the government to fairly distribute government positions, projects and national wealth.

The two clans also said in their joint communiqué that they strongly support the opposition agreement with President Muse Bihi on the electoral commission and 2020 election.

Finally, the two clans said they had reached full agreement on all previous disputes between the clans including the protracted Sanaag clan skirmishes.