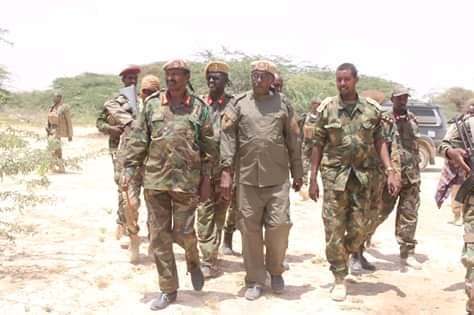 Senior officers of dervish forces from Puntland authority today have made an incursion into Somaliland territory and reached in Xiin Galool of Sanaag province. The delegation that has violated the territorial sovereignty of Somaliland is led by the chief of dervish forces of Puntland authority, Major General Yasin Omar Dheere. The chief and other senior dervish members have been escorted by large number of security forces during the incursion.

Some of the locals and students in Xiin Galool have welcomed the delegation upon reaching the district. They came to the region in order to carry out inspection to  military barracks stationed by soldiers that defected from Somaliland military. Tension between Puntland and Somaliland have risen as the contested Sanaag region have seen army defection from Somaliland whereby units stationed in Badhan have sworn to allegiance to Puntland authority. Somaliland army chief Brigadier General Nuh Tani said that he was happy with the soldiers that left from Somaliland. 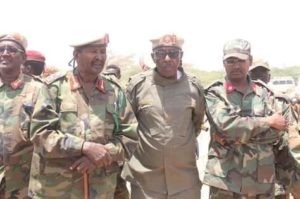 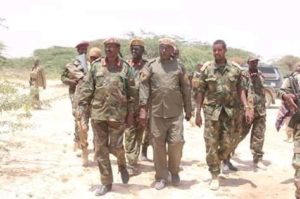 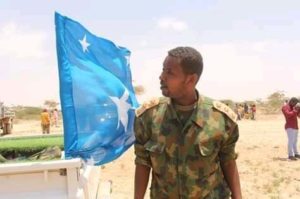 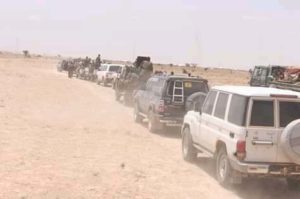