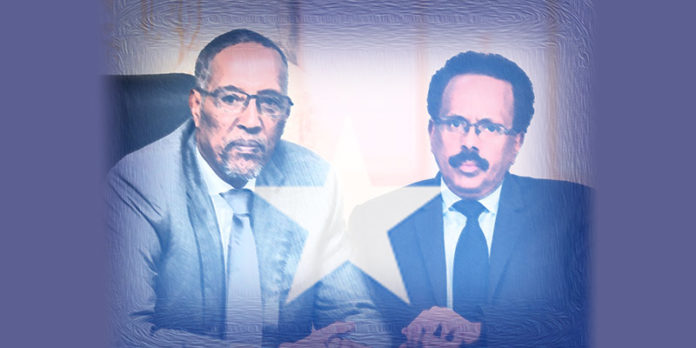 A new round of discussions was held in Djibouti June 14-18 between the unilaterally declared “Republic of Somaliland” and the federal Republic of Somalia. The two countries’ presidents countries attended the talks as well as the president and prime minister of Djibouti and Ethiopia, the US ambassador to Somalia, the president of the Intergovernmental Authority on Development (IGAD), and representatives of the European Union.

There is nothing new to justify restarting talks at the present time. In fact, disagreement has been sharper than ever since Presidents Mohammed Abdullahi Farmajo of Somalia and Muse Bihi Abdi of Somaliland took power in 2017. Both have accused each other of failing to meet their obligations under previous agreements and causing their collapse.

Although Farmajo issued the first official apology earlier this year for crimes committed by the Somali government in Somaliland under President Muhammad Siad Barre (1969-1991), it is unlikely that there will be any serious breakthroughs on Somaliland’s secession issue. Both sides are thus focusing on scoring points on secondary issues, such as the division of international aid. Farmajo is also seeking political victories that might bolster his chances for re-election in 2021.

Somaliland unilaterally announced its secession from Somalia on May 18, 1991. Its claim to sovereignty is based on a narrative of distinctiveness from the rest of Somalia: it gained its independence from the UK prior to the rest of Somalia, which was under Italian rule. The two countries united in 1960 as the “Democratic Republic of Somalia.”

Somaliland remains largely unrecognized within Africa and globally almost three decades after its secession. The African Union (AU) sent a fact-finding mission to the region in 2006, which recommended granting it recognition as an independent country,i and found that the union established in 1960 had led to much suffering for Somalilanders.ii But the report was not brought up in the African Union’s ministerial talks, a clear indication that the AU intends to continue with its established policy of rejecting any attempts at secession on the continent, on the grounds that this would be opening a Pandora’s box of border disputes across Africa. Many member countries have made any future recognition of Somaliland contingent on the federal government of Somalia issuing its own recognition first. But eight years of negotiations have thus far not produced any results.

For many years after declaring independence, Somaliland consistently ignored the various Somali reconciliation conferences (the first of which was held in Djibouti in 1991) on the grounds that it is no longer part of Somalia. On February 23, 2012, however, it participated in the London Conference,iii marking a sea change in its position.iv The points of agreement established by the Conference included an affirmation that “the International Community should support any dialogue between Somaliland and the Transitional Federal Government or whoever takes its place in order to clarify future relations between the two.”v The president of the federal government, Sharif Sheikh Ahmed also met for the first time with Ahmed Mohamed Silanyo, his Somaliland counterpart, in June 2012. This was an unprecedented step, and served as the springboard for negotiations after more than two decades of diplomatic silence.vi

As part of its recent growing interest in Somalia, Turkey has hosted three of the six rounds of negotiations that have been held between the two sides since 2012. The first round, which involved the presidents themselves, was held in Ankara on April 13, 2013 after Somalia had elected a new president and its government had received full international recognition. These talks produced the Ankara Document, which included thirteen points that stipulated, among other things, intelligence-sharing, cooperation in fighting terrorism, extremism and piracy, and in combatting the illegal dumping of poisonous materials in Somali waters.vii

This was followed from the 7th to the 9th of July 2013 by the Istanbul Conference which did not discuss contested issues of sovereignty but resulted in an agreement allowing Somaliland to receive international aid directly from donors and to enjoy full control of its airspace. On January 16-19, 2014, another conference was held in Istanbul. This time it was agreed that a joint body would be established to monitor air traffic, headquartered in Hargeisa, the Somaliland capital, and made up of four members (two from each side). The document also contained a paragraph condemning the mass killings perpetrated by the Somali military regime against Somaliland’s inhabitants in 1988.viii

On December 21, 2014, a new round of negotiations was held in Djibouti. The conclusions of earlier negotiations were reaffirmed and the need to avoid politicizing development aid or making accusations that might damage the negotiations process was emphasized. A fourth round of negotiations was also scheduled, to be held in Istanbul ninety days later. But it was not to be. In the intervening period negotiations broke down––despite both governments sending delegations in January 2015ix––because the Somali delegation included Somalilanders. The previous agreement on airspace was not implemented,x and discussions ended entirely amid a flurry of mutual accusations.

Relations only worsened with the election of Farmajo and Abdi as presidents of Somalia and Somaliland respectively in 2017. The Gulf crisis, which began in the same year, exacerbated disagreements between the two sides, who adopted different positions on it. A diplomatic crisis had broken out between the UAE and the Somali government after the Dubai Ports Company won the contract to manage Somaliland’s Berbera port,xi which Somalia considered a breach of its sovereignty.xii In an interview, Somali Foreign Minister Ahmed Awad accused the Emirates of “insulting” Somalia by continuing to deal with a party that lacked any international legitimacy.xiii

In February of this year, the Ethiopian Prime Minister Abiy Ahmed attempted to jump-start negotiations between the two parties. He succeeded in getting Farmajo and Bihi Abdi to agree to an unofficial meeting on the sidelines of the last African Summit held in Addis Ababa, where he suggested that he and Farmajo should visit Hargeisaxiv just as he had visited Eritrea in 2018 (resulting in the restoration of relations). But the Somaliland government refused to host the Somali president unless he granted them official recognition, and called again for the international community to do likewise.xv

The Latest from the Djibouti Negotiations

The current round of negotiations began on the initiative of Djibouti President Ismail Guelleh.xvi It appears that the United States and other regional powers––in particular Djibouti and Ethiopia––are hoping to bring about a lasting solution to a problem that has dogged the region for three decades. In his opening remarks, Guelleh emphasized that “after the struggles of the last thirty years, the time for rebirth is now.”xvii The Ethiopian prime minister expressed similar sentiments,xviii while the US ambassador described the conference as a “historic meeting,” encouraging attendees to do everything possible to further the interests of Somalis.xix

Nonetheless, the four days of negotiations failed to produce any serious results. Both sides stuck to their guns, with neither willing to compromise on the principles enshrined in their constitutions: secession for Somaliland and unity for Somalia. Any progress on the core issue was impossible. But the parties did agree to continue negotiations in Djibouti fifteen days later in order to solve the controversial issues of foreign aid, security, and control of airspace.xx Three technical subcommittees were formed to deal with these issues.

Despite growing international and regional influence in a solution to the Somali problem––and a corresponding growth in the opportunities to move the political process forward––the prospects of any real breakthrough in negotiations between Mogadishu and Hargeisa remain modest.xxi US involvement is still limited to conventional ambassadorial activity, while possible regional partners (Ethiopia and Djibouti) have their own serious domestic problems to deal with. In Ethiopia, Abiy Ahmed’s transitional government has extended its term on the pretext of the coronavirus pandemic.xxii Abiy Ahmed has long presented himself as the sponsor of peace in the region, particularly after winning the Nobel Peace Prize last year as a result of the peace agreement signed with Eritrea.xxiii He has repeatedly made attempts to solve differences in opinion between African countries, including the maritime dispute between Somalia and Kenya,xxiv as well as between different factions in South Sudan.xxv But his approach to the dispute with Egypt and Sudan over the Renaissance Dam has made many in the region wary of him.

Turkey has been conspicuous by its absence from the Djibouti negotiations, given its role as the traditional sponsor of peace negotiations between Somaliland and Somalia. In 2008, Turkey appointed Oğulcan Bekar, its former ambassador to Mogadishu, as special envoy to Somalia––the only country to have such a special envoy. The AU has also been absent, which has been taken as a measure of how limited the prospects are for progress.

Somaliland has failed to secure international recognition even thirty years after its unilateral declaration of independence. Somalia’s Farmajo, meanwhile, refuses to be responsible for granting legitimacy to its secession––particularly with elections just around the corner. As a result, it is unlikely that any future negotiations will lead to a real breakthrough between the two sides until domestic circumstances, or the regional and international environment, change significantly.

An earlier version of this paper was published on June 30, 2020 by the Arab Center for Research and Policy Studies (ACRPS) in Doha, Qatar.