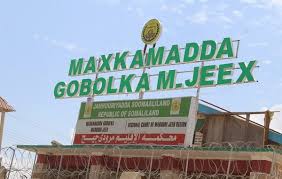 Norwegian government has expressed its concern that a 54 year-old Somaliland-Norwegian citizen will be shot dead in the next few days.

The Court of Appeal in Hargeisa upheld the death sentences against Saad Jirde Hayd.

Hayd was found guilty for the murder of a person allegedly spraying poison on the victim who died.

Yesterday he was taken to court.

He was sentenced to death without having lawyers.

The defenders had been informed of the wrong case time by the Court of Appeal, lawyer Farid Bouras claimed.

According to Islamic sharia law and the law in Somaliland, the verdict is final, Bouras said.

Norwegian FM said that the news was discouraging and promised that Norway will ensure that he will get the opportunity to appeal.

“The death sentence against the Norwegian citizen was upheld. We condemn all uses of the death penalty. We are following the case closely and we’re continuing to work through both political and diplomatic channels,” Søreide said.