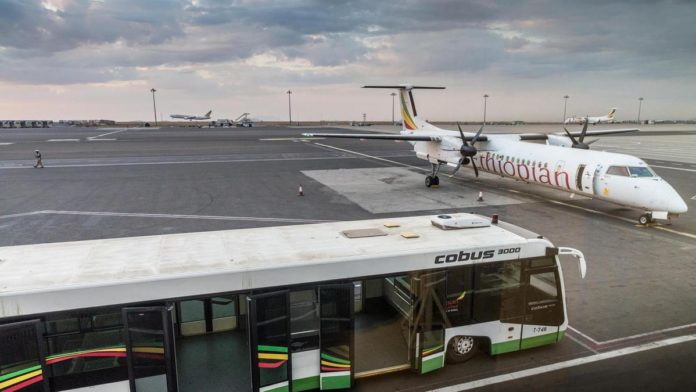 A man from Niger who was expelled from Israel has been trapped in an Ethiopian airport for three months after his home country refused him entry.

Eissa Muhamad, 24, has languished in Addis Ababa airport for monthsafter living in Israel for more than seven years in a case reminiscent of the Syrian man who lived in Kuala Lumpur international airport for seven months until Canada allowed him entry and asylum.

Mr Muhamad left the northwestern Nigerien province of Tilaberi at just 16-years-old in hope of a better job and life. But Israeli authorities arrested him in April 2018 for being in the country without the required permissions.

His journey to Israel was arduous and he arrived in the country by foot after smugglers transported him across Libya and Egypt to its borders. In Israel, he worked at a sweet factory and at hostels in Tel Aviv, the coastal Mediterranean city.

“I have been staying here at the airport under very bad conditions because there’s nothing, nothing at all,” he told the BBC.

Israeli authorities placed him on an Ethiopian Airlines plane, and the back and forth began.

The flight was connecting via Addis Ababa before travelling on to Niger in November. But when he landed in Niamey, Niger’s capital, authorities ruled that he was not welcome back. They accused him of possessing a false travel document.

“They didn’t want me in Niger. They didn’t accept me,” Mr Muhamad said.

So he was deported back to Israel, which again refused to accept him. He was detained in Israel for several weeks and flown out again.

“They tied my hands and legs and forced me into a plane back to Niger which refused to accept me again,” the 24-year-old said.

His travel documents issued by Israel expired at Addis Ababa airport at the end of November. He had to remain there as Niger was for a second time refusing to accept him back.

The airport is now his home. He walks its corridors every day and eats food given to him by passengers travelling in and out of the airport.

“Sometimes the airline people give me food. It’s the same every day but I am grateful to them,” he said.

He now sleeps in the corner of the Muslim prayer room and his future remains uncertain. He has issued a call for help to end his torment as essentially a stateless person.

“I cannot stay here. I want to send out a message to [anyone] to help me because I want to move from here.

Israel has long been criticised for deporting African migrants to third countries where they can be forced back to their home countries. At home, they could face persecution, poor economic opportunities and even a militant insurgency.

Last week, seven Niger soldiers were killed when their post was attacked by Boko Haram in the country’s southeast near Nigeria, the birthplace of the militant group.

The attack was the latest in a series ascribed to the militant group which began a bloody insurgency in Nigeria in 2009 that has spread to neighbouring countries, prompting a regional military response.