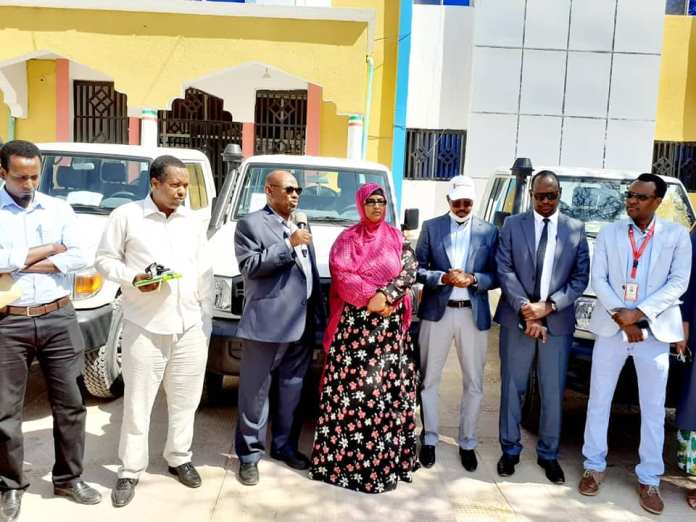 Over the course of a week, I was intrigued various projects Save the Children implemented several regions of the country, and decided to write about them.

It was on September 15, when my eyes fell on a vehicles donations Mohamud M. Hassan, head of Save the Children, handed over to the Ministry of Veterinary, intended for veterinary staff.

Then, handed over new medical stores and ambulances to the Ministry of Health in Gebiley region. That will help bring services closer to the community.

Then, handover of a borehole to the residents of Qorilugud on 20th September,, a WASH project funded by  AlThani Foundation. This borehole will provide safe drinking water, promote economic development & reduce the danger of women & children having to walk alone to fetch water.

During many years of working the Somaliland media, & closely following the activities of the United Nations and international non-governmental organizations, I have never seen or heard similar activities implemented different regions, during a week, by an agency, concluding this agency committed to the support projects pledged to implement in the country.

To find out more about the organization’s status and budget for its projects in the country, I went back to the reports from the Somaliland Ministry of National Planning, which found that Save the Children became the second-largest fundraiser of the year 2018, among to 75 the number of international non-governmental organizations in the country, according to a report released by the Ministry of Planning in 2018.

In conclusion,  if Save The children shown its commitment to response to the community need, particularly in areas most needed, it is worth to be appreciated, and notified the public is fully aware their support, promise to safeguard continuation use of  infrastructure it has implemented, and requests them to redouble their efforts.

Once again, wish to thank to the management and staff of Save the Children for their work, and request do more in the near future, God willing.