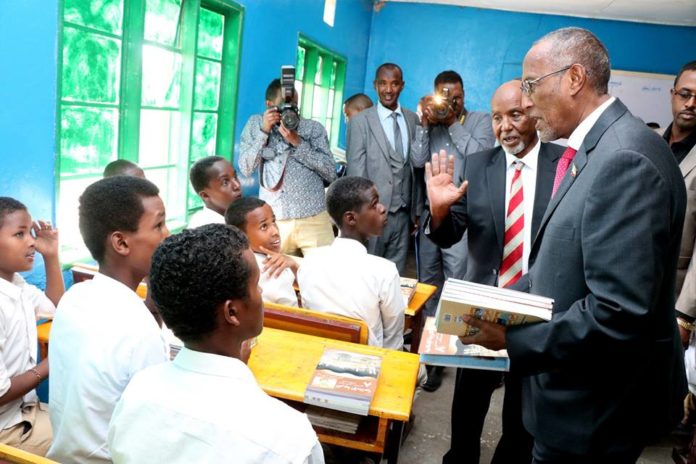 Every student in a primary school in Somaliland will be able to access free textbooks thanks to a government initiative to promote universal education and higher standards in schools.

Somaliland authorities have been trying to improve the quality of public schools, which are outperformed by private schools.

The first batch of a million textbooks for primary schools was dispatched to 6,000 students in 10 schools in the first week of February under a programme aiming to give each pupil a set of eight textbooks.

Atoshe Mohamed Ige is among 1,200 students in Nasa-hablod school in Hargeisa town who received books.

He told Radio Ergo that the textbooks helped him do his homework more easily because he had the information he needed.

“We received enough textbooks so now we are able to understand the lessons comprehensively and get enough questions from the textbooks. We can also refer to the textbooks for correction where we got things wrong,” said Atoshe, a standard six pupil.

MohamudJama’a Aman, the principal of Nasa-hablod school, welcomed the programme as a move to improve the quality of education in public schools.

“Teachers used to prepare their own lessons, writing all the notes up on the blackboard and then giving their explanations. This was actually was time-consuming. Now the children have the textbooks which contain lessons and illustrations, and this gives the teacher time to focus on explaining the lessons better,” he said,

Mohamed Dahir Ahmed, Somaliland’s deputy education minister, said performance at schools will rise as a result of the initiative.

“Schools will no longer handle cash earmarked to buy the textbooks, as has been the case for a long time, and parents will save money they used to pay for textbooks,” the minister explained.

The ministry will provide textbooks about 160,000 students in 1,000 schools across Somaliland.

“We are planning to complete distribution of the textbooks in the shortest time possible. All public schools will receive enough books and the ministry is committed to improving the quality of education in the country,” he noted.