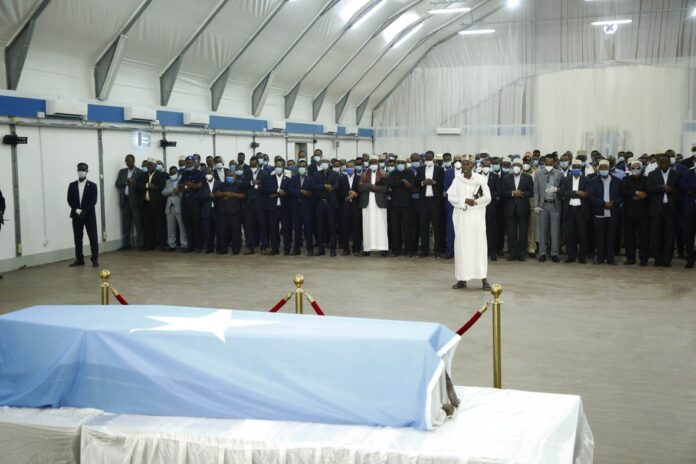 The body of the deceased was flown from Ethiopia where he died unexpectedly on last Thursday.

Ethiopia’s Somali state authority said Friday the ex-PM died of Covid-19 but the family has rejected the autopsy report claiming that Galeyr has been poisoned.

Spokesman for the family, Mukhtar Hamid told BBC Somali service that the former university professor and politician was poisoned and called for an independent investigation.

Galeyr served as Prime Minister from October 2000 to October 2000 in the first post-civil war government in Somalia. He taught in universities in the U.S and later declared himself president of the non-recognized Khatumo state in 2014.