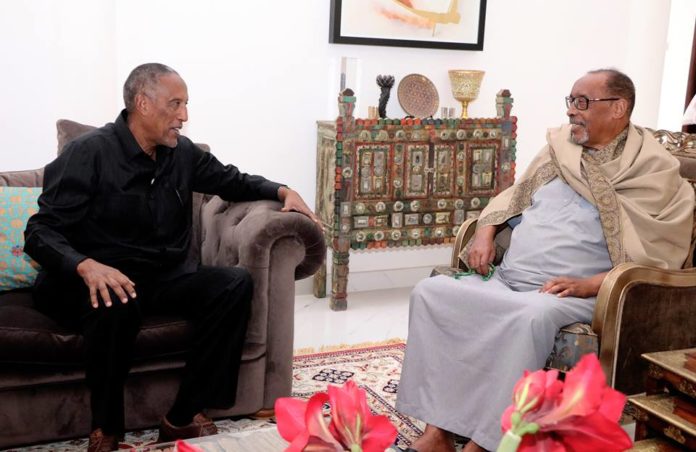 The former Somaliland leader, Mr. Ahmed Mohamed Mohamoud aka Silanyo has on Saturday paid a courtesy call to the incumbent president, H.E Musa Bihi Abdi at his office at the presidential palace. The former president went to the current leader to pass warm greetings to his successor. Mr. Silanyo recently returned from the UAE where he lived after transferring office to his successor. The former Somaliland president is the founding father of Peace, Unity and Development party known Kulmiye which has been ruling the state for over 10 years. Mr. Silanyo defeated his predecessor, Mr. Riyale in the last 2010 presidential polls.