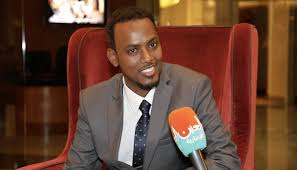 Former SL envoy to UAE has alleged that his family received threats from the member of the security agencies in the UAE.

In a twitter post, the ex-envoy Hasan Yasin said his in-laws in the UAE received threatening phone calls from a person posing to be a member of the security agency on May 24.

On the other hand, a man posing to be a security agent called my wive’s family in the UAE.

“They hold Canadian nationality and threatened them of what could be described as a state of terror. We are certain the person is the man we have referred to.”

Envoy Yasin called such actions as state of terror and the held the UAE Crown Mohamed Bin Sayid responsible for the safety of his family.

Yasin said that his threats are linked to a barrage of tweets he published, exposing corruption in the UAE government led projects in Somaliland.

21 May, Yasin tweeted that the UAE Red Crescent which works in SL does not respect SL and is pursuing a hidden agenda.

He further accused the Red Crescent of lack of transparency failure delivery the outcomes of projects and corruption.

The ex-envoy emphasized that he had no grudges with the UAE government and its people but decided to expose corrupt individuals that are threatening in the good ties between the two countries.