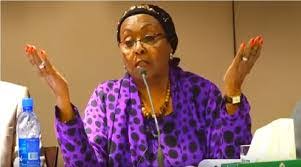 Former minister and the chairperson of the Somaliland-Somalia Dialogue Committee, Dr. Adna Adan Ismail has welcomed the decisions made by the Corona Virus interministerial task for the committee as they combat the possibility of the novel coronavirus spreading into the country.

Speaking to CBATV Dr. Edna Adan said it was important for the members of the public to avoid all public gatherings such as conferences, weddings, and sports events.

Somaliland’s government had ordered yesterday that all schools be closed down for four weeks. All public and private education institutions will be closed from March 19 as per the government directive.

The president of Somaliland Muse Bihi Abdi declared earlier declared that the nation is free of coronavirus outbreak amid global widespread fears.

Somaliland’s ministry of health is yet to record a suspected domestic case of virus infection.

Some of the directives announced by the government include directives to mosques to limit the time of congregational prayers to twenty-five minutes and closing washrooms.

However, there are fears over the possibility of people taking advantage of the crisis, hoarding and increasing the price of basic needs.

Dr Adna Adan advised business people to develop a sense of belonging to their community during this hard time.

Health Minister Mutahi Kagwe said all the cases the patients had arrived from abroad.

The latest cases involve a couple who had traveled from Spain’s capital, Madrid, through Dubai, arriving on 5 March.

The other involved a Burundian national, who arrived from Dubai on 17 March and was isolated after being found to have a high temperature at Kenya’s main airport in the capital, Nairobi.