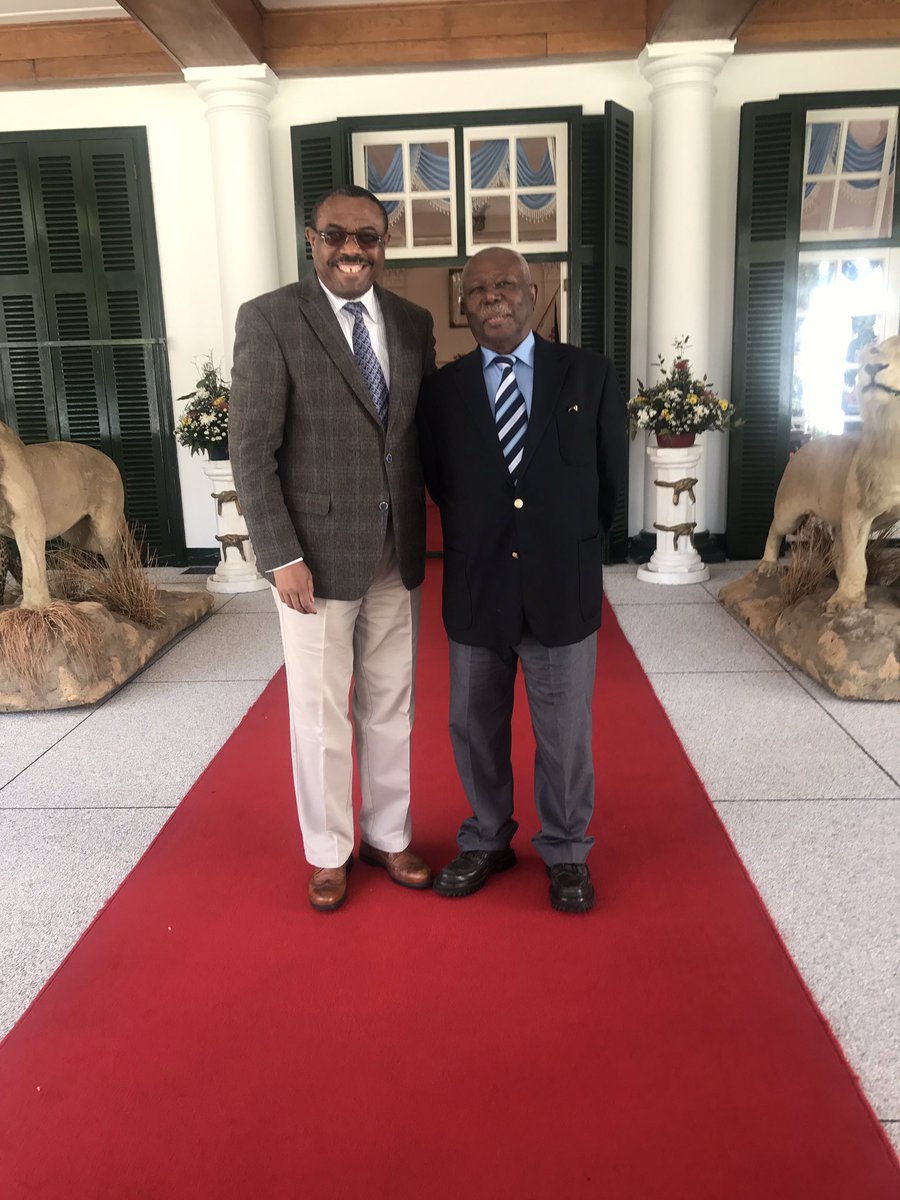 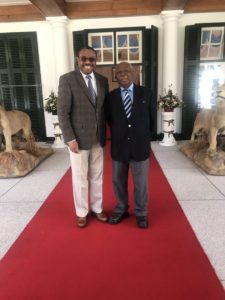 The surprise meeting between Hailemariam, who was Ethiopia’s Prime Minister until he resigned in April 2018, and Mengistu has stunned many in Ethiopia who had a rare glimpse of Mengistu since he fled the country in 1991 as rebels, who now make up the ruling coalition, approached the capital, Addis Ababa.

A photo of the meeting between Mengistu and Hailemariam, who was in Zimbabwe as head of the African Union’s election observers’ mission, was widely shared on social media and many Ethiopians expressed amusement at the former strongman’s appearance.

Others said Mengistu should still face justice in Ethiopia. “Looks like he’s living comfortably in Zimbabwe when he really should be in an Ethiopian maximum security prison or at The Hague. I certainly wouldn’t have met him, let alone taken a photo,” another Facebook user, Samuel Gebru, wrote.

Mengistu was head of the military junta that overthrew the last Ethiopian emperor, Haileselassie, in 1974. He ruled the country in an iron grip for 17 years during which he implemented a crackdown named “Red Terror” in which tens of thousands of Ethiopians were allegedly killed. Some estimates put the number of killed in hundreds of thousands.

“Mengistu is a man with much blood on his hands,” tweeted Martin Plaut, a specialist on East African politics.

The ex-dictator fled to Zimbabwe after losing power and escaped an assassin’s bullet in 1995 while jogging near his Harare home. Former President Robert Mugabe refused Ethiopian government requests to extradite Mengistu, who supported Mugabe’s guerrilla fighters in the war against white-minority rule in Rhodesia, as Zimbabwe was then called.

Mengistu was put on trial in absentia in Ethiopia where he was sentenced in 2007 to life in prison for genocide.

Calls have been made for the current Ethiopian reformist leader, Prime Minister Abiy Ahmed, to allow Mengistu to return home without having to go to jail following the release of several political prisoners.