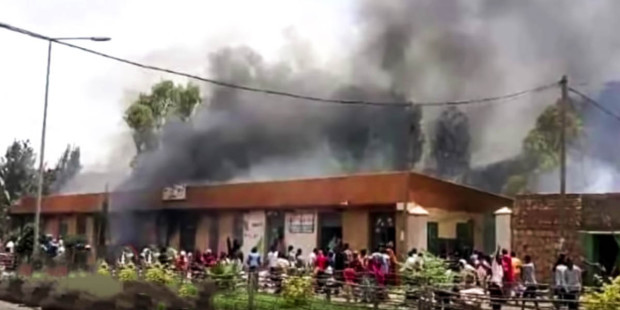 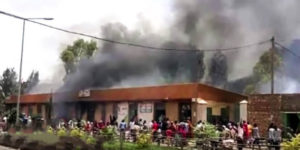 The Orthodox Church is asking for a time of fasting and prayer as the Solemnity of the Dormition of St. Mary Mother of God approaches.

Recent days have seen the escalation of ethnic violence in the city of Jijiga and the greater Somali region, leading to the deaths of about 30. Now, Patriarch Matthias I and the Holy Synod of the Tewahedo Orthodox Church of Ethiopia are calling for 16 days of fasting and prayer to invoke the gift of peace and reconciliation in the days that precede and follow the liturgical Solemnity of the Dormition of St. Mary Mother of God.

Agenzia Fides reports the spiral of violence was particularly hard on the Ethiopian Orthodox Church, which saw seven churches attacked and burned, as well as at least six priests killed during the unrest.

Clashes between the forces of Liyu militia, under the command of Abdi Illey (President of the Somali Region), and the Ethiopian army began after Illey sent his men to attempt to interrupt a meeting between members of the regional parliament and representatives of the city of Dire Daua. The intent was to denounce the violation of human rights in the region, but as incidents of violence arose, the Ethiopian army deployed troops around the institutional headquarters, including the building of the regional parliament and the presidential palace of Illey.

As the Ethiopian army’s massive intervention was underway, attacks began against targets linked to minority ethnic groups. Agenzia Fides says that these attacks were fomented by members of the Liyu militia.

The spiral of violence also accentuated the contrasts between the regional administration and the government of Addis Ababa, also leading to the resignation of regional governor Abdi Illey, who in the last hours — as reported by local media — has also been arrested and placed in custody by the authorities of Addis Ababa.

At the moment, according to sources from the Tewahedo Orthodox Church, more than 20,000 displaced Ethiopians are supported and assisted by the Orthodox parishes of Jijiga.

The Tewahedo Orthodox Church of Ethiopia, led by Abuna Matthias I, is the only autochthonous ecclesial group and of direct apostolic derivation in Sub-Saharan Africa. “The key to unity among the Churches,” he told the Ethiopian Patriarch after meeting Pope Francis in Rome on February 29, 2016, “today lies in the ecumenism of the martyrs.”