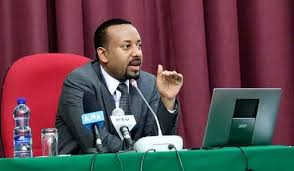 ADDIS ABABA, Ethiopia  – Ethiopia’s prime minister in his first press conference since taking power has vowed to continue with reforms “at any cost” and says the longtime ruling coalition soon will prepare for a “free and fair election” in 2020.

Abiy took office in April and shocked the country with a wave of reforms including restoring diplomatic ties with neighboring Eritrea after two decades and pledging to open up state-owned companies to outside investment.

Recent ethnic unrest, however, has dampened the initial jubilation and posed a major challenge to the new leader. He now accuses some groups of causing “chaos.”