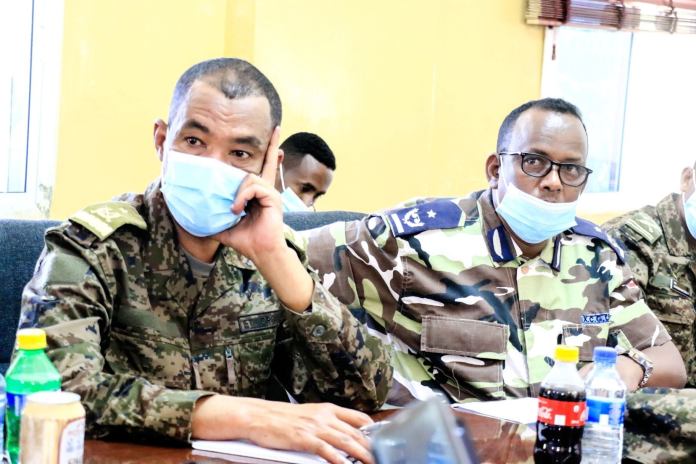 Somaliland and Ethiopia have held a special meeting to discuss strengthening security matters in the region. Ethiopia is one of the few countries with a representative office in Somaliland.

Senior Military officers representing Somaliland and Ethiopia held meetings in Hargeisa yesterday to focus on strengthening security collaboration between the two countries. According to Somaliland’s Ministry of Interior Affairs, this meeting which lasted hours was important to the security of the region.

The Ethiopian side on the other hand was represented by the General Husein Hashi Qasim, Head of the Special Liyu Police, Major General Zewdu Belay, Commander of Eastern Division of the Ethiopian National Defence Forces (ENDF), and Ethiopia’s Somali state Minister of Irrigation Abdirahman Iid Dahir.

Somaliland and Ethiopia have close diplomatic relations since Somaliland broke away and declared it regained sovereignty from Somalia in 1991. Ethiopia is Somaliland’s diplomatic gateway to African countries and as well as to the international community.

The two countries collaborate in terms of trade, security and diplomacy.