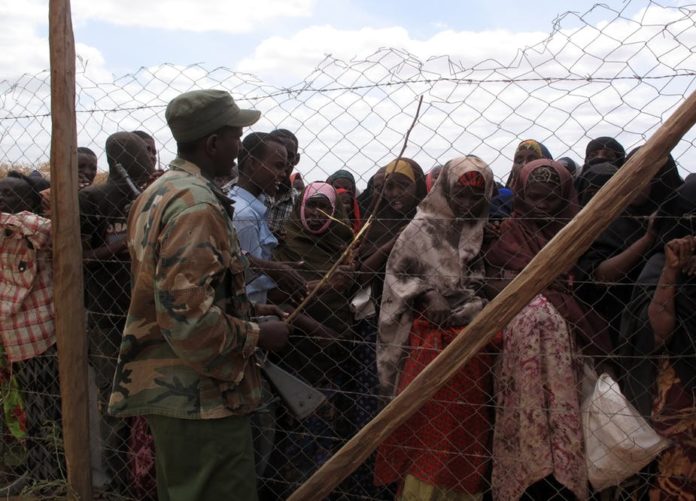 The Kenyan government has ordered the UN Refugee Agency (UNHCR) to close the Dadaab refugee camp. It has not stated its reasons for this, but in the past it ordered similar closures on security grounds, claiming Dadaab could host terrorists from the Somali militant group Al-Shabaab.

The camp, established almost 30 years ago, hosts about half of Kenya’s refugees – 230,000 of almost 500,000. The majority are Somali refugees who fled their country’s civil war in the 1990s, or came during the famine in 2011. Other refugees come from South Sudan, the Democratic Republic of Congo and Burundi.

On announcing the closure of the camp, the government said that the refugees would be relocated. For most this means being moved to other camps, but for some this means repatriation: being sent back to their countries of origin.

The government made a similar announcement in 2015 which led to over 80,000 refugees repatriating in three years. But violence and hunger led to 30,000 fleeing back to Kenya.

The 2015 repatriation plan was later declared unconstitutional by the Kenyan High Court on the grounds that the targeting of Somali refugees is an act of group persecution, illegal and discriminatory. But the government hopes to implement the new plan regardless.

Those being repatriated rely on the UNHCR which, using money from wealthy donor states, facilitates their transport. The UNHCR says that it only helps with voluntary returns. It also claims that repatriation is desirable when conditions in home countries have significantly improved, or returning is much safer than staying in the country of asylum.

But some human rights organisations have criticised the UNHCR for not giving refugees enough information and not living up to its commitments to ensure a truly voluntary return.

Because the Kenyan government is ultimately responsible for whether Dadaab closes or not, the UNHCR’s options are limited to the following:

None of these policies are ideal. The question is which policy is best. My research into the ethics and practice of refugee repatriation suggests that, to determine what the UNHCR ought to do ethically, we need to consider whether refugees are truly voluntarily leaving, and what impact UNCHR repatriation has on government policy.

I focus on the UNHCR because they have a central mandate to protect refugees’ rights and should adopt policies that protect them.

Are refugees going “home” by choice?

The UNHCR acknowledges that repatriation is often unsafe, but claims to be holding interviews with refugees considering return and repatriating only those whose choices seem voluntary. If choices are voluntary, perhaps the UNHCR’s repatriation assistance is ethical.

But if refugees are being forced out of Dadaab, their repatriation isn’t voluntary. Being forced out doesn’t necessarily mean being physically forced out of the country. It could mean that conditions are so challenging in the camp – and in Kenya in general – that choices to return are still involuntary.

For instance, refugees living in most camps in Kenya cannot legally leave or work and, because wealthy states do not provide enough aid, they don’t get enough food.

In 2018, I interviewed 22 South Sudanese refugees living in the Dadaab and Kakuma refugee camps and in Nairobi. I learned that they relied on food from relatives or friends. But even this wasn’t enough to ensure their health. They also faced persecution outside of camps. Police would often stop and detain them if they failed to pay bribes. Those choosing to repatriate to South Sudan felt they had little choice.

Even if refugees are moved to other camps, they may suffer from even greater overcrowding and malnutrition. If refugees are choosing between malnutrition in a camp or war in home countries, it does not seem that their choices to return are voluntary.

The UNHCR might still justify providing repatriation on the grounds that it gives refugees more choices. But, because of restrictive government policies that often accompany repatriation announcements, evidence suggests it might actually restrict refugees’ choices, at least for those remaining in Kenya.

For example, in 2012 the Kenyan government announced that refugees would be required to live in camps – not cities or anywhere else.

In 2014 the government further constrained the rights of refugees, carrying out arrests of those living in urban centres. It claimed these arrests were in response to a terrorist attack, but simultaneously instituted these policies alongside new repatriation programmes.

These policies force refugees to repatriate. This can be seen from those that choose to repatriate when policies change. In 2018 when the Kenyan high court declared the closure of refugee camps unconstitutional only 7,543 repatriated. This was a huge drop from when the government announced the closure of camps in 2016 when over 33,000 refugees returned and 2017 when 35,409 did.

The Kenyan government may struggle to legally close Dadaab now, but even the possibility of closure may be enough to encourage more refugees to repatriate.

If the UNHCR refused to help with repatriation, the government may still close the camp. This would force refugees into other camps and they could still be denied the right to work in urban centres.

Nonetheless, the UNHCR must consider the impact of its assistance on government policy. If the government’s goal in closing the camp is to encourage repatriation, and only the UNHCR can help with repatriation, then perhaps it should not help.