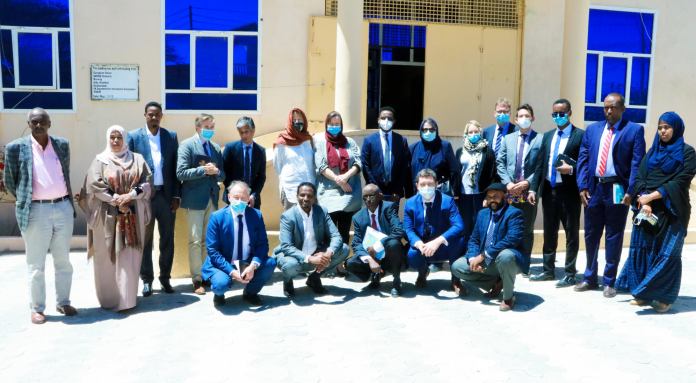 A high level delegation made up of foreign diplomats from the int’l community plus the UN has arrived in Somaliland on official working visit. The delegation has held high level discussions with country’s electoral commission. Diplomats from the UK, Denmark, Sweden, Finland, Norway, the EU plus the UN held a meeting with the election body that took place at the its headquarters. The focus of the talks were centered on the upcoming parliament and city council elections slated to take place in May this year. NEC has so far made a tremendous success in completing the voter registration drive across the country, women participation in the election, youth as well as minorities which is doomed success and a broad based one. According to an official statement from the election body stated that the two sides have reached common understanding on how to boost the working collaboration between the two sides as well as donor countries that pledge support in Somaliland’s democratization. It was a crucial meeting where a tremendous progress was made on the cooperation between SL and the int’l community regarding the election process and democracy in the country, read the statement. Somaliland government previously promised to allocate funds for the parliament and local council elections as the international community was preoccupied with the election impasse in Somalia. The high powered delegation held separate talks with political parties and other election stakeholders including the civil society organizations in Somaliland on last Tuesday