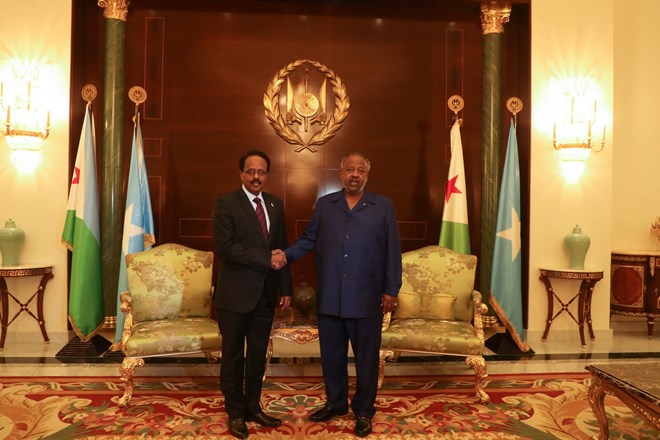 The president of Djibouti, H.E Ismail Omar Geuleh received Somalia president, Mr. Farmajo and the two leaders held high level bilateral talks at Djibouti’s presidential office today. According to a press statement from Villa Somalia siad that the talks were fruitful. The two leaders talked in a lengthy discussions about the bilateral ties between the two countries. They also raised a lot of issues including the stability in the region. Mr. Farmajo thanked the Djibouti president on the troops serving in Somalia as part of Amisom which is aimed at pacifying Somalia. Both leaders have reached a common understanding on intensifying efforts to eliminate Al Shabab from Somalia. 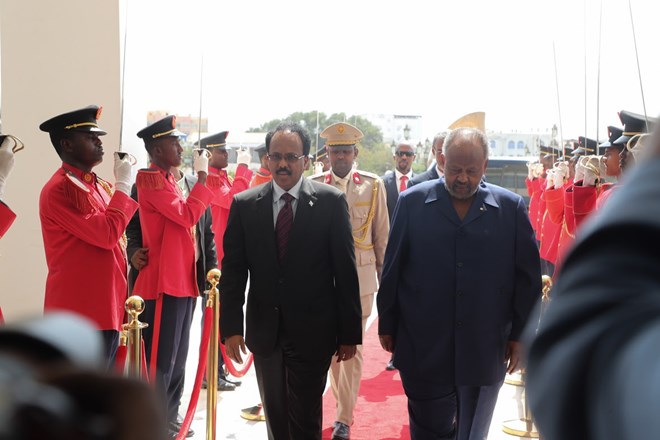 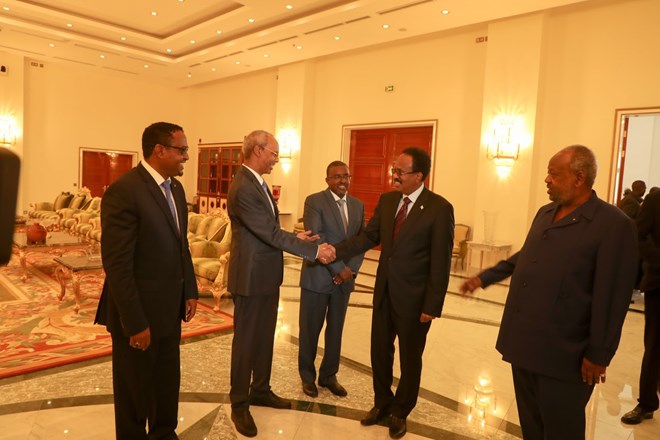 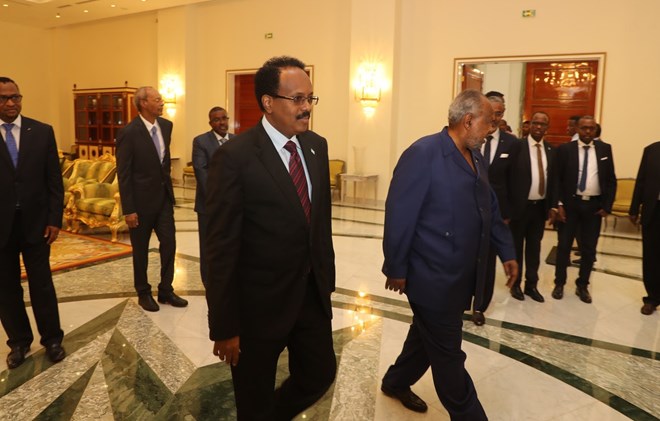 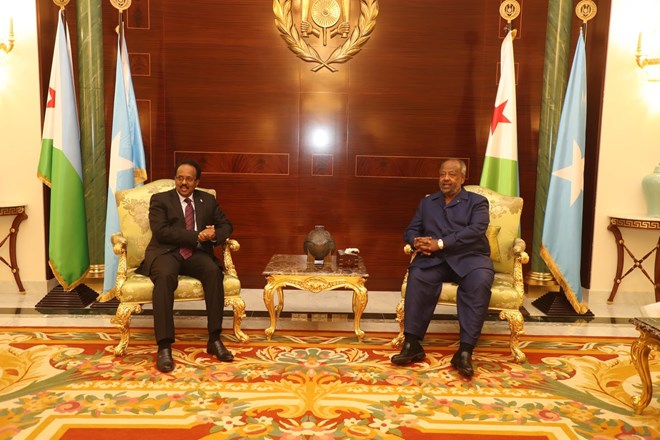 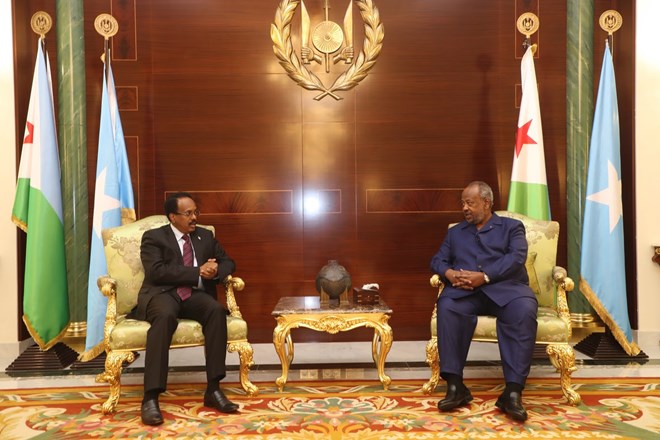 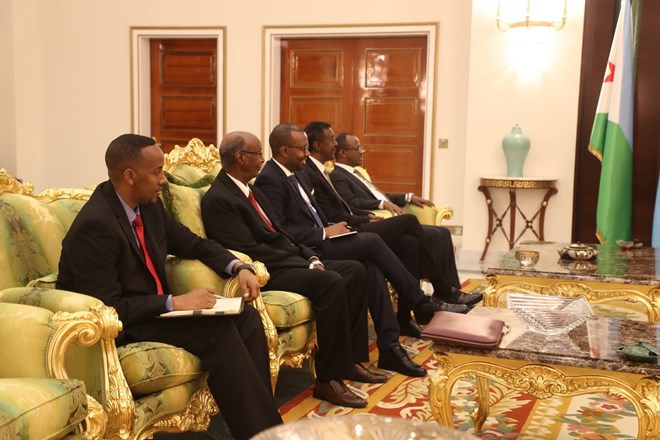 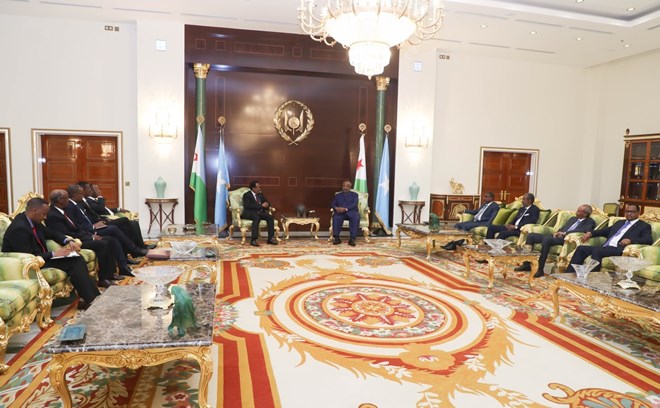 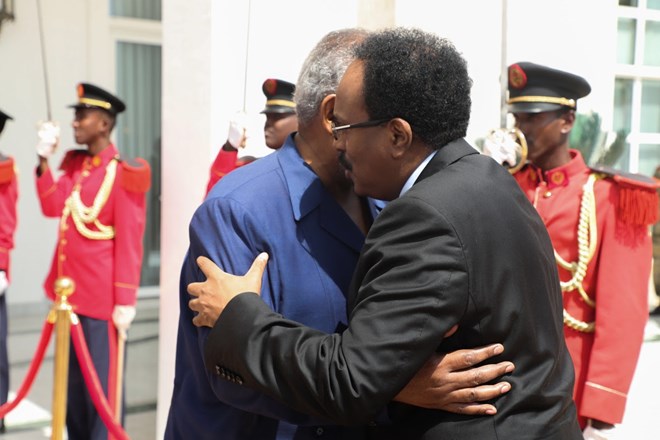 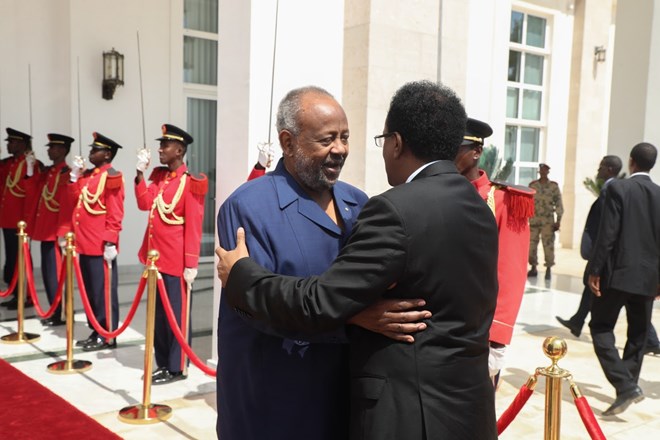