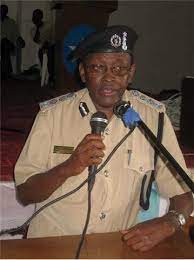 Bashir Gobe, acting Spy Chief, who had been appointed by the Prime Minister of Somalia Mohmed Husein Roble las week to lead the Somali National Intelligence and Security Agency (NISA), took charge of the agency’s finances as tensions over the sacking of predecessor still remain unresolved. Finance Minster of Somalia, Hon. Abdirahman Baileh following the order of the Prime Minister handed over agency’s finances to Bashir Gobe, a move that would further worsen Roble’s purge against spy officials allied with the president over the murder of Ikran Tahlil, female spy. Hours after taking charge of the finance funds, Bashir Gobe immediately relieved all duties from spy head of the capital, Yasin Farey, a man who President Farmajo picked to head NISA. Bashir Gobe said in a statement on Wednesday that he appointed Colonel Muhidin Mohmed Jimale “Warba” as the director of NISA at the capital. PM Roble is pursuing a path to find justice for the slain female spy as the president side on loosing streak. Roble sacked president’s allies to remove the obstruction of justice for the case.