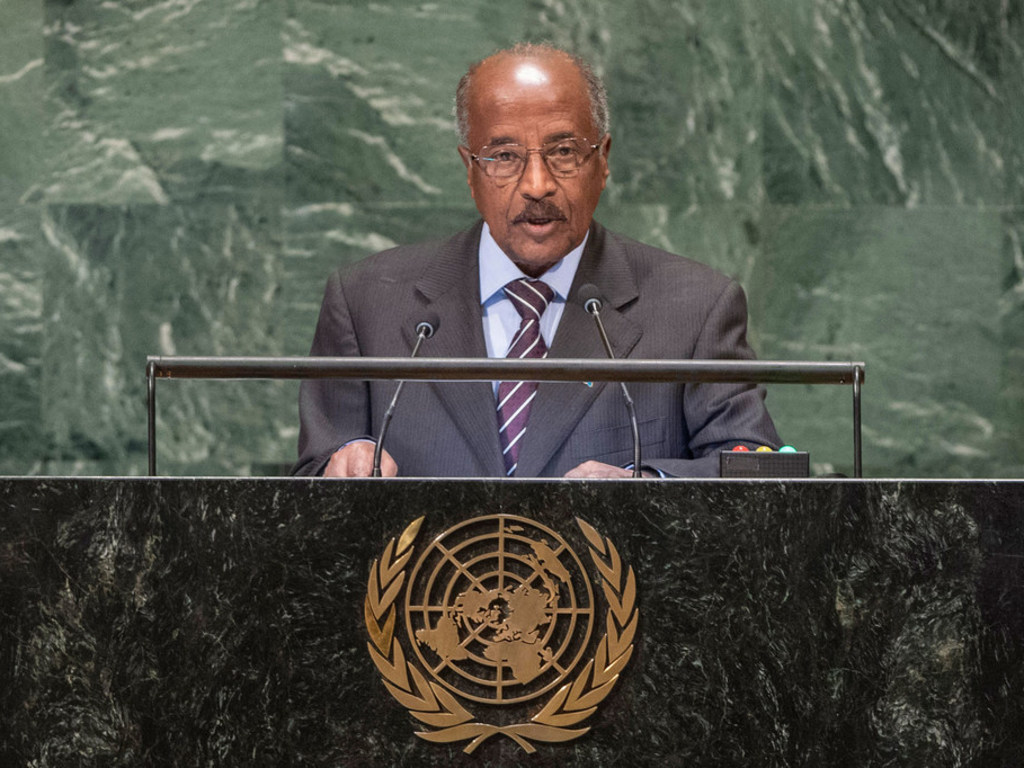 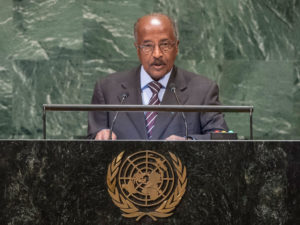 Osman Mohammed Saleh, Eritrea’s Minister for Foreign Affairs, told the United Nations General Assembly that the recently signed Peace Agreement between his country and Ethiopia “brings to an end a dark, two-decades-old, a chapter of war, constant tension, and strife.”

“This historic achievement – even if belated by almost 16 years – will allow both countries to funnel their resources, potential and positive energy solely towards much-needed development,” he said on Saturday.

Apart from infusing hope and optimism in both countries, he called the positive dividends for regional peace and security “palpable.”

“This is indeed attested by new frameworks of all-round cooperation that have been set in motion in the past two months or that are on the offing at the regional level,” stated the Foreign Minister.

He then brought up the “perplexing injustice,” of “unwarranted sanctions that were imposed on Eritrea in December 2009 and 2011 respectively.”

“The transgressions perpetrated against Eritrea are, in many ways, symptomatic of the hubris and perverse power games that have primarily governed international relations in our contemporary times,” Mr. Saleh said.

“When the rule of law is suppressed and supplanted by the logic of force; when global power balance is compromised, the inevitable outcomes are intractable crises and escalating wars,” the Foreign Minister asserted.

He enumerated a list of “forces and factors” that brought about sanctions against Eritrea that encompassed previous United States administrations and systemic flaws in the UN Security Council.

The sanctions imposed on Eritrea “have entailed considerable economic damage to the country and unnecessary hardships on its people,” he said, including “immeasurable damage” to the country’s reputation, which has also impacted its investment potential, and instability at the regional and national levels.

Mr. Saleh noted that over the past six decades, Eritreans have struggled to advance justice and foster a climate conducive for mutual security and stability in the region.

“Through characteristic resilience and hard toil, they have now vanquished the injustices perpetrated on them,” he asserted.

As the people of Eritrea have not committed a crime or transgression that impels them to seek clemency, they are not only calling for the immediate rescinding of sanctions but also asking for “amends for the damages incurred and opportunities forfeited,” concluded the Foreign Minister.