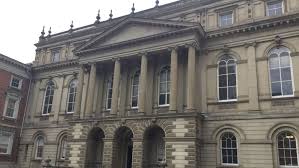 An Ontario court has dismissed an appeal from a Toronto man convicted of trying to join a Somali-based terrorist organization, saying stiff penalties are necessary in such cases to deter similar would-be criminals.

Court heard he was en route to Somalia to join Islamic terrorist group al-Shabab when he was arrested, and a Superior Court judge sentenced him to consecutive five-year prison terms for the two charges he was convicted on.

Hersi appealed both the conviction and the sentence, which lawyers said was the maximum possible and described as excessive.

A panel of three judges at the Ontario Court of Appeal upheld both the conviction and sentence in a decision released Monday.

“When people determined to wreak havoc in our community are caught and convicted, the courts must impose sentences that reflect the community’s moral outrage and the very real danger posed by those individuals to the community,” the decision reads. “That is what the trial judge did. The sentence imposed was fit.”

In an e-mail Monday, Hersi’s lawyer called the decision disappointing and said he has not yet received instruction from him client for further appeals.

“The Court of Appeal’s summary dismissal of the arguments was an affront to the rule of law,” said Paul Slansky.

Police arrested Hersi in March, 2011, at Toronto’s Pearson International Airport as he waited to board a flight to Cairo via London. Court heard the purpose of the trip was to join al-Shabab, a group whose ideology he claimed to support according to the testimony of an undercover police officer.