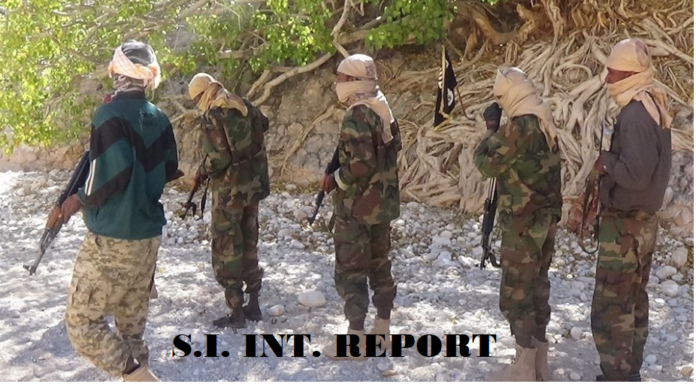 At least 60 al Shabaab terrorists arrived by boat at Hul Aanood village in Bari off the Indian Ocean after they fled fighting Mudug Region. The militants fled Harardhere village after they suffered casualties following fierce fighting against government troops.

For the past month, intensive fighting between the Daesh and Al Shabaab as well as SNA troops in the region have been escalated in Mudug, between Dasaan and Dhaadaar areas in Cal-Miskaad, and the Al-Qaida linked militants had lost the fight.

Bari region has been a terror hotbed with both the Islamic State and al Qaeda allied militants having a presence in the various parts of the mountainous region. The two groups have taken territory in various remote villages from where they launch attacks on each other as well as government targets.

While Puntland has enjoyed relative peace in recent years, the arrival of more al Shabaab fighters in the region could quite easily offset that and as such plummeting the state violence. Thus, an ongoing crackdown against the militants had also intensified within Puntland targeting members of both groups indiscriminately especially now that IS-Somalia seems to have relaunched itself.

The arrival of the militants in Bari is also the much-needed reinforcement for the al Shabaab side that lost a commander a major taxation station in Leego after the government forced ambushed and neutralized the stationed alongside the cell and commander responsible for what was termed as a mafia-style taxation system.